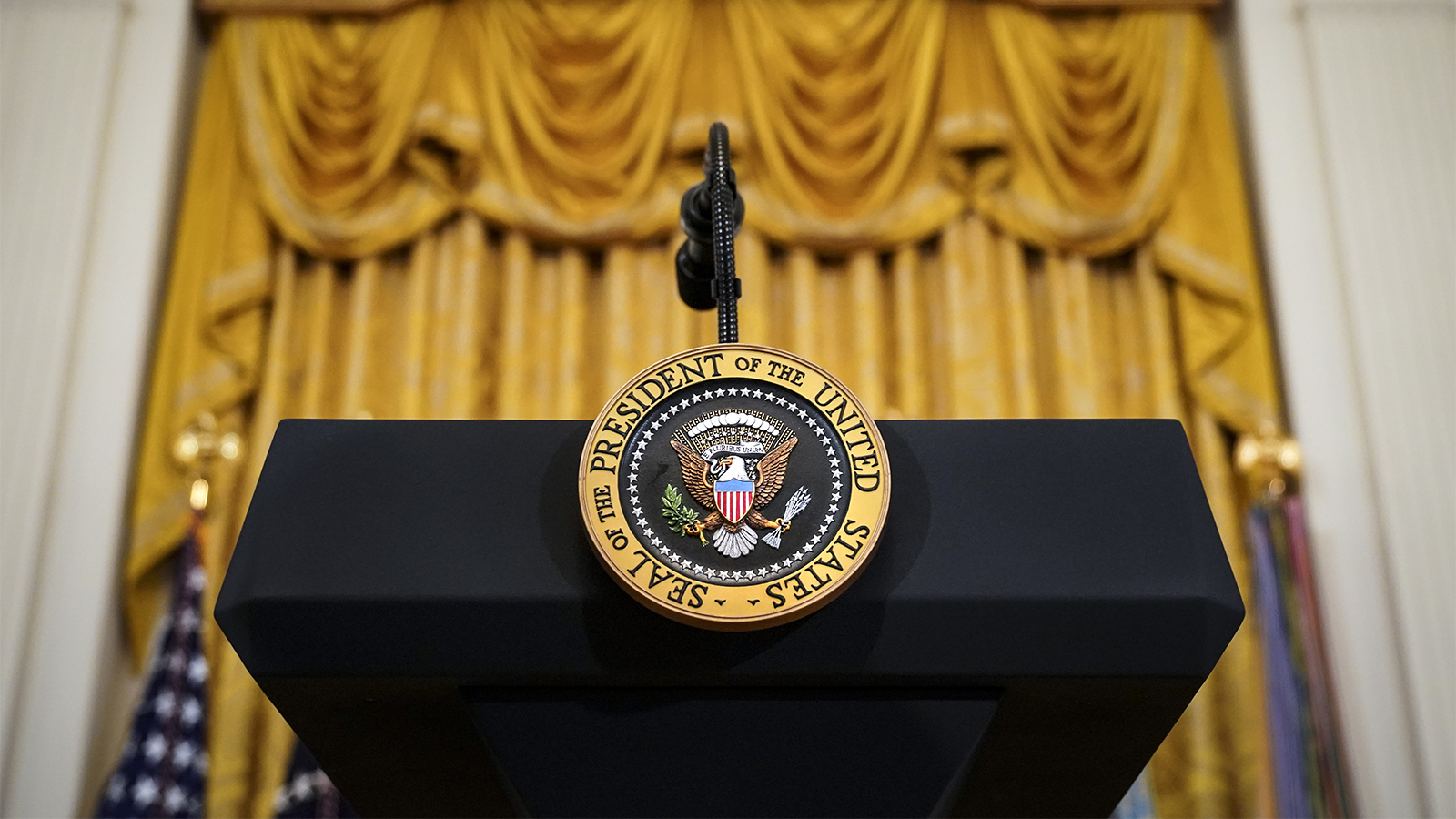 These days, it goes without saying that the president is protected by bulletproof glass wherever they go, but that wasn’t always the case. Though various presidents have used different forms of ballistic protection since WWII, it wasn’t until Reagan’s presidency in the 1980s that we saw more public instances of bullet-resistant glass protecting the president.

A Brief Timeline of the President’s Bulletproof Glass Usage

Preamble: who’s responsible for protecting the president with bulletproof glass?

Since the assassination of President McKinley in 1901, the organization tasked with protecting the life of the POTUS is the Secret Service.

While images of sunglass- and suit-clad Secret Service agents escorting the presidential motorcade of heavily armored, black limousines are common in modern times, the president wasn’t always so protected.

In fact, the original motorcades that presidents traveled in, alongside Secret Service agents, consisted of horses and carriages  — there was nothing to be seen of bullet-resistant protection in the early 1900s.

1941: President Roosevelt is the first president to ride in an armored car

As the automobile gradually replaced horse and carriage as the preferred mode of transport, the POTUS and his cohort naturally began to travel in top-of-the-line vehicles.

However, it wasn’t until the United States got involved in the Second World War that the Secret Service began to implement bulletproof glass in the president’s protective net.

In 1941, President Roosevelt became the first president to employ the use of an armored car, when he started riding in an armored limo that the Treasury Department had seized from notorious mobster Al Capone.

Since bullet-resistant security technology was relatively new at the time, the vehicle’s only ballistic-grade materials were its windows  — the body did not contain any kind of bullet-resistant panels.

While presidents continued to ride around in various versions of armored cars and limousines in the decades between Roosevelt’s and Kennedy’s presidencies, these vehicles were often open topped.

No matter how much armor a vehicle has, an open-topped vehicle does nothing to protect the riders from snipers in high positions. This is a fact the world was made tragically aware of on November 22, 1963, when Lee Harvey Oswald shot and killed President Kennedy as he was sitting in the back of his 1961 Lincoln Continental limousine.

This was the last time a US president would travel without full ballistic-grade protection surrounding them in their motorcade vehicle.

After Kennedy’s assassination, his limo was given a full ballistic-grade retrofit. It weighed a whopping one ton more than the original when it was returned to the Secret Service after the armor and security glazing retrofit.

In 1987, the world watched President Reagan give his infamous Berlin Wall speech from behind two, very chunky, sheets of bullet-resistant glass. These panels were intended to protect the president from any assassination attempts as he stood just 100 yards from the Berlin Wall and called for it to be torn down.

If you look back at pictures and footage of Obama’s inauguration, you can see that he is protected by the same type of glazing that we saw used in the 90s. This goes to show that the president and bulletproof glass have become inseparable at public appearances where the threat of a ballistic attack is high.

Present day: all presidents are protected by bullet-resistant security glass for speeches and travel

Nowadays, whether a president is getting inaugurated, traveling in their motorcade, or giving a speech abroad, they are always protected by bullet-resistant security glazing.

What Is the President’s Bulletproof Glass Made Of?

For security reasons, it’s impossible to find out what the exact composition of the presidential security glazing is. However, we can say with a fair degree of confidence that it is made out of some type of glass-clad polycarbonate material.

This unique composition provides the highest level of ballistic protection you can achieve with any combination of materials today, while still allowing the panels to look, feel, and function like traditional glass.

Presidential protection aside, bullet-resistant glass-clad polycarbonate is intended to resist bullets, blasts, and forced entry, and is suitable for a wide range of commercial security applications.

The same type of ballistic-grade glazing used by the president can also:

Every now and then it’s fun to take a look back in time and see how far we’ve come in terms of bullet-resistant materials. It’s hard to imagine that there was ever a time when individuals as important as the president would travel or give public speeches without being surrounded by ballistic-grade glazing.

This is especially true since the same types of bullet-resistant security glazing products are now affordable and accessible for businesses and commercial buildings.