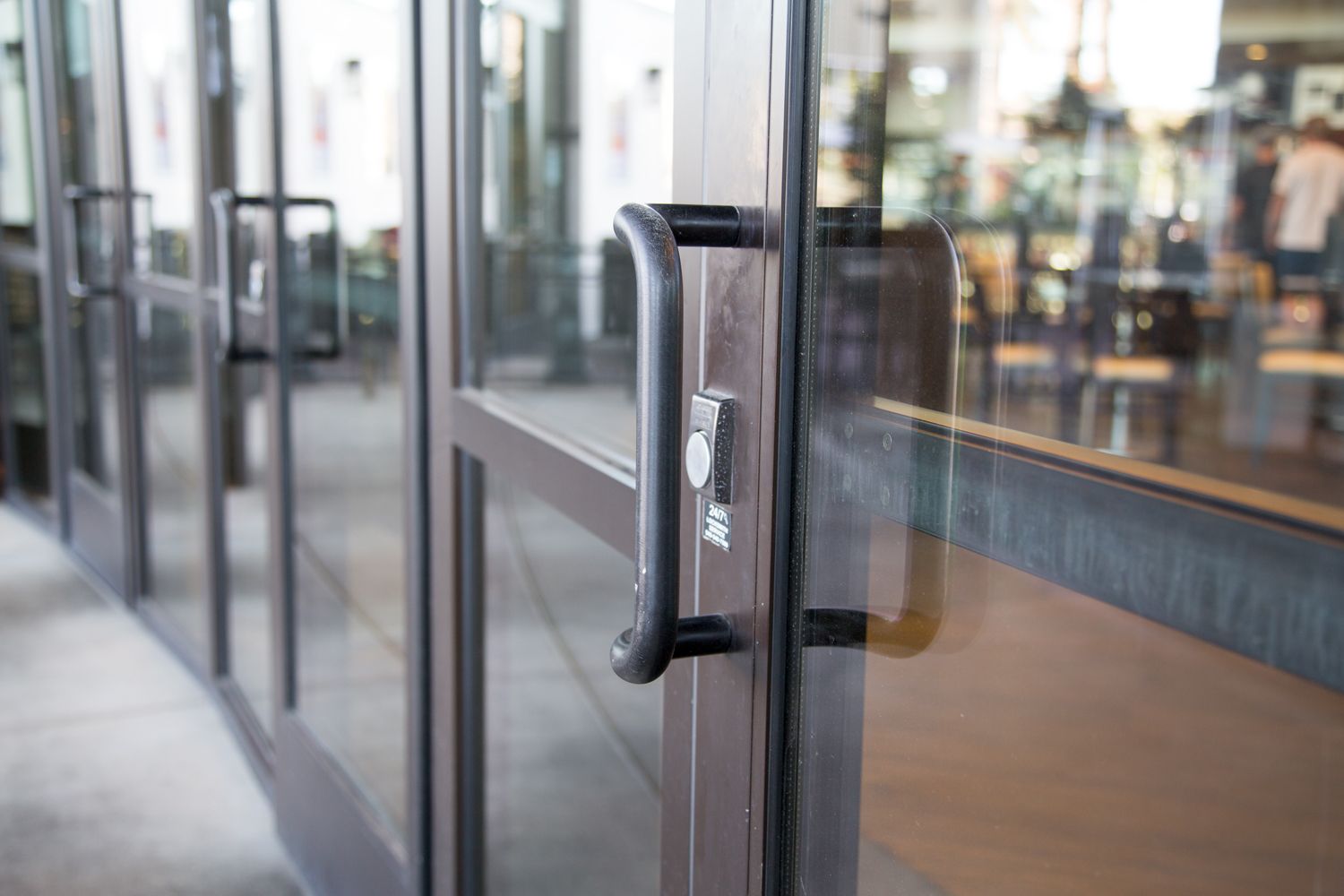 Because of the fact that a bomb could easily go off anywhere, anytime, commercial building owners are looking for more ways to mitigate the risk of injury to employees and building tenants.

One such way you can reduce the threat of hazardous injury in the event of a nearby blast is to retrofit your facility with blast-resistant glass doors and windows that meet certain blast mitigation specifications.

By installing blast-resistant security glazing, you can protect the existing glass and anyone inside the building from the effects of a bomb going off in the area.

What Happens During a Blast If a Building Doesn’t Have Blast-Resistant Doors?

When a blast occurs, it sends out thermal shockwaves in a radius all around. How big this radius is depends on the size of the blast.

If these shockwaves reach a glass door, the glass can fragment and shatter dangerously inward, potentially causing serious injuries to anyone on the other side.

The shockwaves from a high-force blast can cause the sharp, jagged shards of glass to travel at much higher velocities than other impacs, so the risk of injury is even greater.

This is why many commercial buildings are increasingly installing blast-resistant doors that meet certain safety specifications — to mitigate the risks of human injury if an indirect blast hits the building.

What types of blasts do commercial facilities need to worry about?

Of course, an intentional bomb blast is the first thing that comes to mind when it comes to the need for blast-resistant doors and windows in buildings.

Some types of commercial buildings are more likely to be the target of bomb attacks, but any commercial facility can be in the vicinity of a bomb that goes off. So, even if the threat of a bomb blast targeting your property is low, you can still benefit from hardening your building’s security.

There’s also the risk of accidental blasts to worry about, such as those from nearby construction accidents or chemical accidents. By using blast mitigation products, you can greatly reduce the chances of such an incident seriously affecting your facility and the people inside.

Who Sets the Safety Specifications for Blast-Resistant Doors?

In the United States, the General Services Administration (GSA) is the government body responsible for evaluating the blast mitigation compliance for commercial facilities.

The GSA regularly updates these standards and provides GSA compliance ratings based on a building’s architectural components, including its glass doors and windows. The lower the GSA blast mitigation compliance level rating is, the safer a building’s components are.

What does a blast-resistant door that meets specifications set by the GSA do?

A blast-resistant glass door that receives a low blast mitigation compliance rating from the GSA is less likely to shatter and fragment inwards if a blast occurs in the vicinity. In other words, the glass may break due to the thermal shockwaves, but the shards of glass will be retained within the framing, rather than flying dangerously inwards.

Higher GSA ratings signify that the glass is more likely to travel further if it gets shattered due to a blast. So, if a building’s components receive relatively high GSA blast mitigation level ratings, it means that there is a higher risk in the event of a nearby blast.

So, how exactly can you make your glass doors blast resistant and mitigate the risks of major blast-related injury in the building?

Before we continue, it’s important to note that there is no such thing as bombproof glass doors or windows. A strong enough or close enough blast can destroy any type of material, especially glazing.

That being said, there are certain blast-resistant materials that can be used to reinforce your glass and keep the fragments in place should it break because of a bomb going off.

The most effective blast-resistant doors and windows are made of extremely strong, flexible materials, such as polycarbonate plastic. Polycarbonate is approximately 30 times more impact resistant than acrylic, making it one of the most resilient types of plastic glazing you can use for blast damage mitigation.

ArmorPlast® AP25 is a containment-grade (non-ballistic) glazing shield designed to mitigate a full range of security threats, including blast damage and injury. It is a retrofit solution, meaning that the panels of polycarbonate glazing get fixed on top of your existing glass to protect it from impacts.

AP25 has a special UV- and abrasion-resistant coating and feels and looks very much like standard window glass. It is completely transparent, so it won’t block out natural light, inhibit views, or significantly alter the appearance of your commercial facility.

Despite being almost invisible, ArmorPlast® AP25 is virtually unbreakable — it fortifies your building without making it look fortified.

In addition to providing blast mitigation, AP25 can withstand even the most determined forced entry attempts, and will protect your property and people against burglary, smash-and-grab theft, rioting and looting, and even active shooters.

Despite being non-ballistic grade, meaning that it isn’t meant to stop bullets, AP25 can stand up to ballistic attacks. Even if penetrated by multiple rounds, the glazing shields will continue to remain a barrier to entry and deny access to any active shooters trying to get inside and do harm.

Contact Riot Glass LLC today for more information about our blast-resistant security glazing or to schedule a threat assessment for your property.